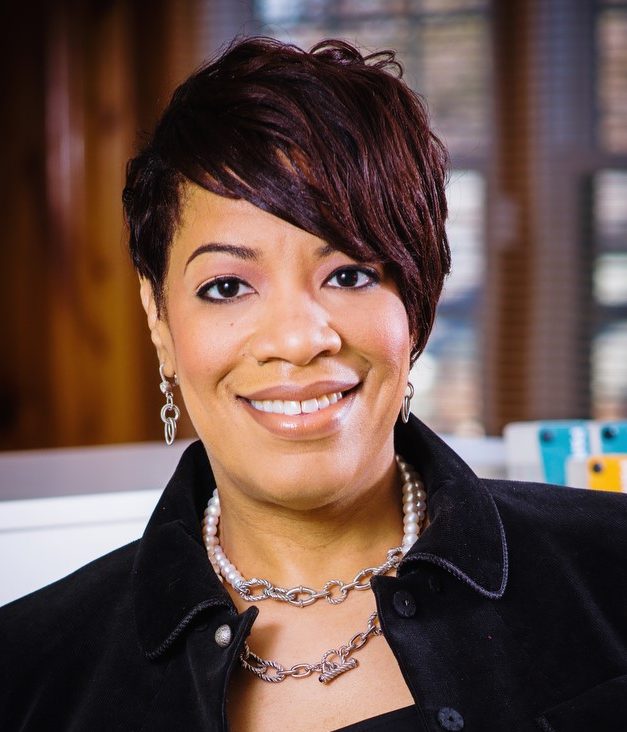 Kimberly is a seasoned brand strategist and graphic designer with over 25 years of demonstrated success in developing and executing a broad range of design projects nonprofits, colleges and universities, hospitals and healthcare organizations, media corporations, small businesses, start-ups, and government agencies. Throughout her career, she has excelled at leveraging business acumen and artistic talent to deliver high-impact marketing campaigns, logos and brand identity systems, marketing collateral, advertisements, and digital media. She particularly excels and has a mastery and proficiency in conceptualization and idea generation.  She earned a B.A. degree in communications with a concentration in Broadcasting/Advertising Art from Seton Hall University in 1989. Creating her brainchild Conceptual Geniuses in 1993 allowed her more creative liberty to hone and expand her graphic, web and multimedia design capabilities. For more than 25 years, Kimberly has formed partnerships to position her company as an in-house design agency with several nonprofits and associations. She has also worked with GSA consulting firms on contracts providing services for several federal agencies, such as the CDC, NIH, Health and Human Services and Center for Medicare and Medicaid Services, and at the state and county levels in Maryland. Kimberly is a member of American Institute of Graphic Arts (AIGA), the oldest and largest professional membership organization for design; the National Association of Women Business Owners (NAWBO); and of Women Business Owners of Montgomery County, Maryland (WBO). She also sits on the board Brown Box Television, of streaming network. Kimberly is part of the award-winning team of television producers and creatives to deliver rich and engaging entertainment television that reflects people, interests and customs from all over the world. Brown Box Television is developed by minorities for minorities, and for those interested in learning about diverse cultures, they create a conscious experience offering cultural connectedness where stories are discovered, courageous conversations occur, and truth can be revealed. 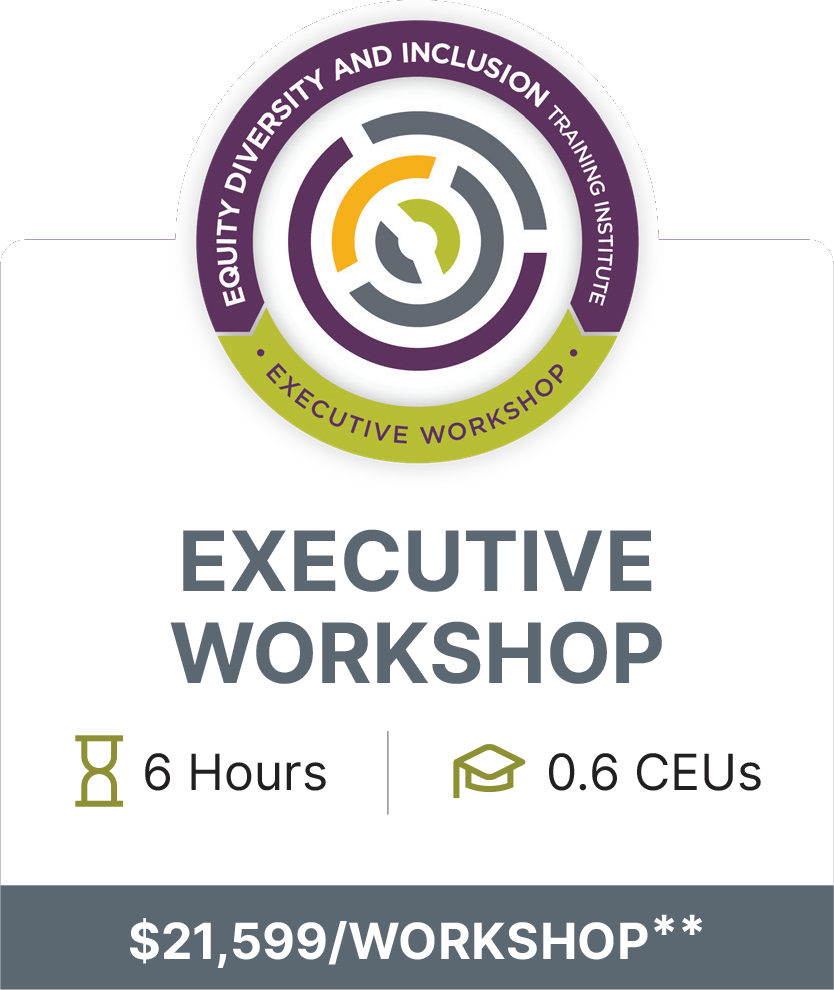 Developed primarily for C-Suite Executives and Board Members, this format grounds participants in foundational EDI principles and helps them reflect on their individual and collective equitable leadership frameworks and approaches.
**Pricing is for virtual workshops only. In-person workshop pricing will be provided on request, and will include the associated travel costs. 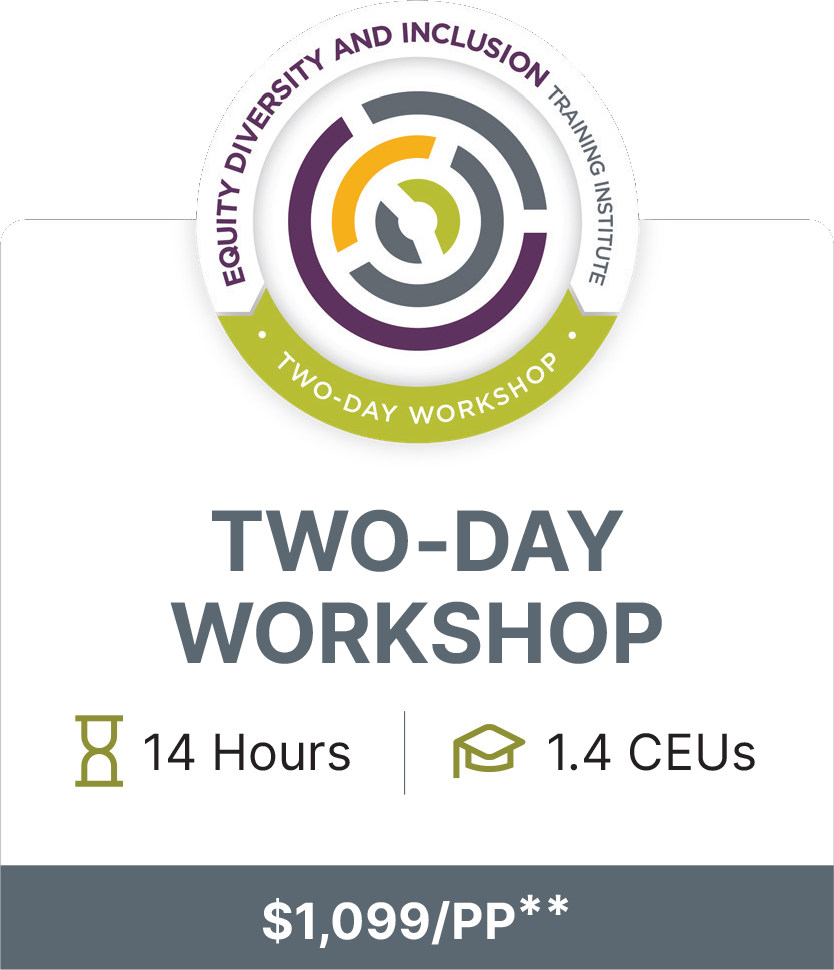 In this in-person workshop, master facilitators lead participants in exercises to learn about EDI concepts, challenge their assumptions, encourage deep listening, in addition to creating the brave spaces necessary to support individual and organizational perspective transformation.
**Pricing is for in-person workshops only; travel expenses will be billed separately. Hybrid workshop pricing will be provided on request, and will include the associated travel costs. 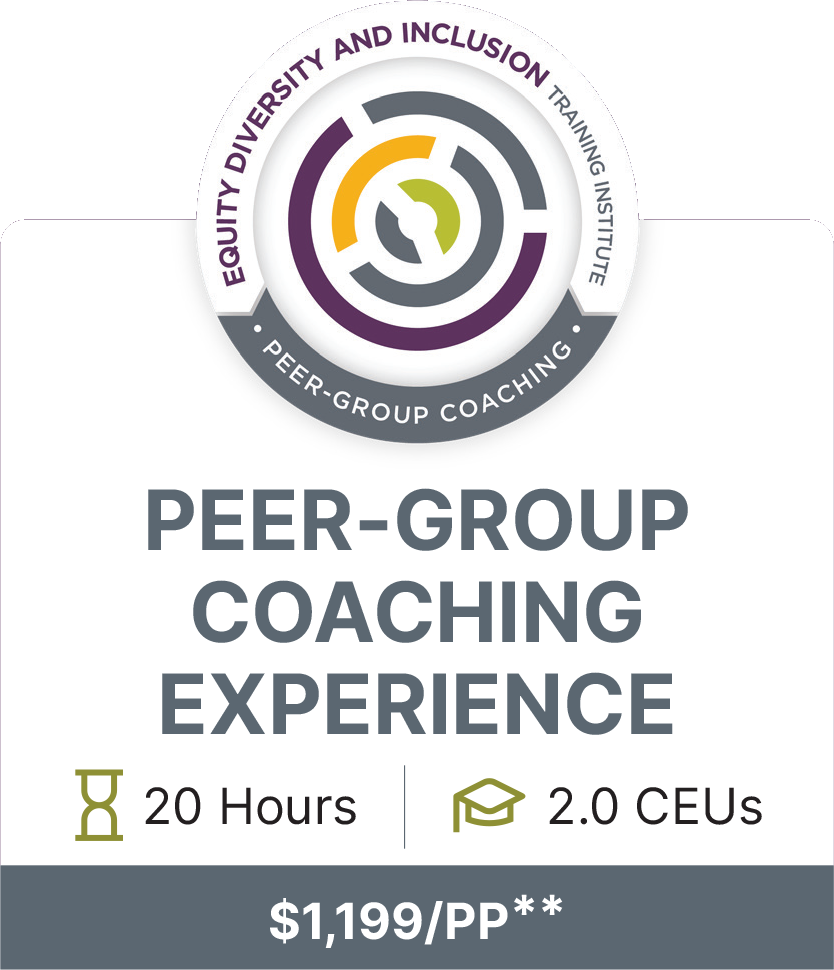 Using the Facilitated Workshop format as a base, this model adds small peer group sessions that serve as a space to deepen the connection among team members, where they can share and learn from individual EDI experiences.
**Pricing is for virtual workshops only. Hybrid workshop pricing will be provided on request and will include the associated travel costs. 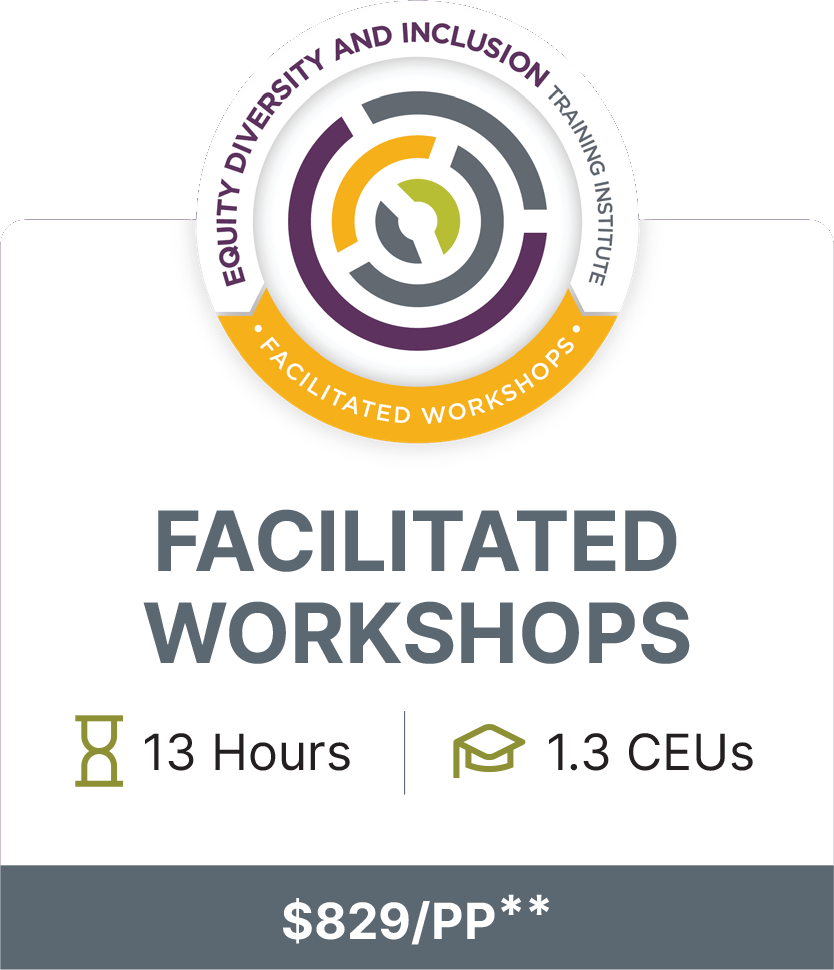 In these workshops, learners will have access to the online course and participate in two (2) three-hour facilitated virtual sessions to help them dive deeper into the online content.
**Pricing is for virtual workshops only. Hybrid workshop pricing will be provided on request and will include the associated travel costs. 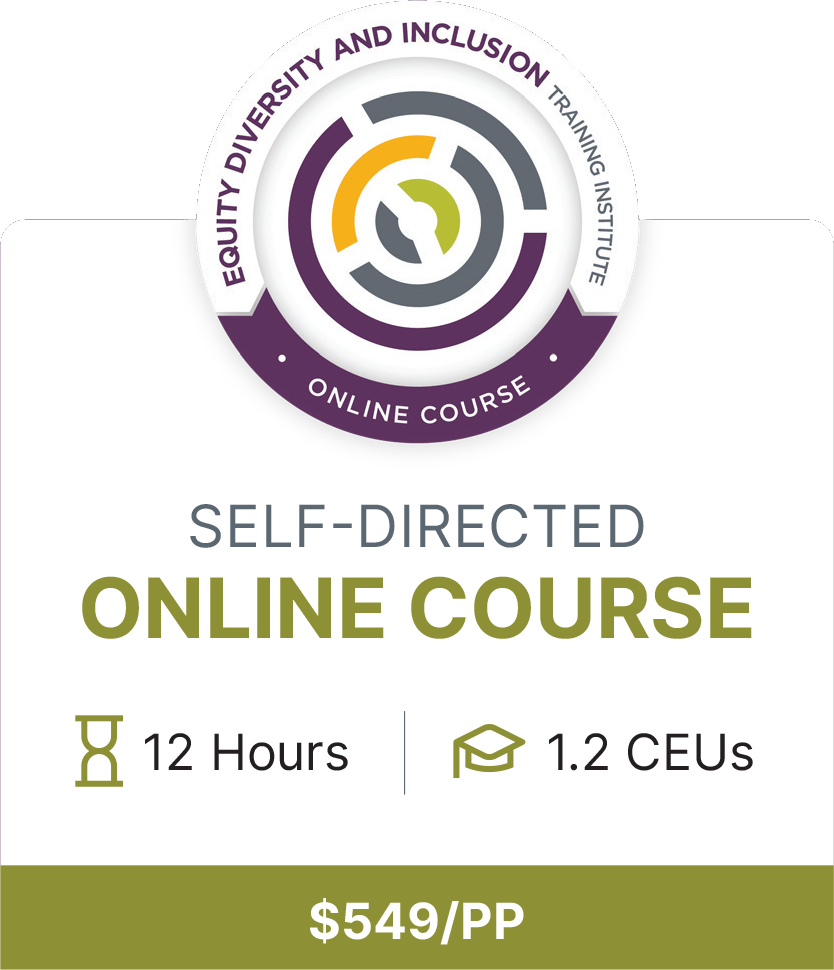 This course provides learners with a self-paced, flexible format to complete the coursework over a period of two months.**


**A $50 charge will be assessed for each additional month requested to complete the course over the two-month period allotted.